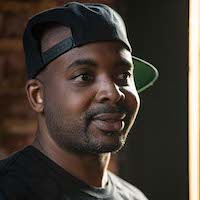 Matt White
Matt White is a class clown success story. He went from distracting classmates to engaging audiences. Winner of “NC Funniest Person” 2020, Carolina’s Funniest Comic 2013, & Port City’s Top Comic 2012. Matt’s Mission is to find the funny in every situation life throws his way. Matt’s comedy journey began in College when acting dreams led him to join the campus’s Improv Troupe. He later founded his own comedy organization, which branched off campus and became the local comedy scene in the area. Matt’s dedication to the craft shines through as he gives back to the comedy community. He coaches/teaches stand-up, sketch, and improv classes. Matt has performed in many comedy festivals across the US. Asheville Comedy Festival (Asheville NC), Red Clay Comedy Festival (Atlanta GA), Scruffy City Comedy Festival (Knoxville TN), LA Diversity In Comedy Festival (Los Angeles CA) , Big Pine Comedy Festival (Flagstaff AZ), In 2019 Matt performed at the Cleveland Comedy Festival and was selected as one off the “Best Of Fest”. He is the co-producers of the Oak City Comedy Festival (Raleigh NC). Matt has worked with Tommy Davidson, Micheal Rapaport, Dusty Slay, Andy Forrester, Greg Fitzsimmons, Greg Warren, Bobcat Goldthwait, Roy Wood Jr, Donnell Rawlings, Brent Morin, Tim Meadows, and more. 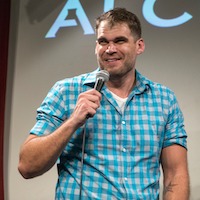 Brent Blakeney
Brent has been touring the country as a stand-up comedian for the last 10 years. His hard work and perseverance always pays off with his "larger than life" shows. He has won "Best of Fest" at the SLO Comedy Festival in California, Kenan Thompson's "Road to NYC Contest", as well as being voted Carolina's Funniest Comedian in 2019. He has worked with some of the best comedians in the business, as well as being the featured comic with "Last Comic Standing" winner Jon Reep! 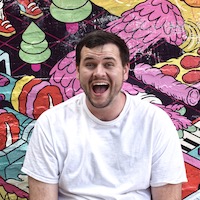 Ryan Erwin
Two words that define Ryan are Sassy & Gassy. Ryan’s first comedy special, Vertical Claps, is now streaming with Dry Bar Comedy. He has recently been on tour with Whitney Cummings for her ‘Touch Me’ theatre tour. He recorded his debut comedy album ‘Thank You, Thank You’ with Helium Records. It debuted at #2 on the iTunes Charts . Originally from Utah, he got his start at Wiseguys Comedy Club where he got to work with greats like Taylor Tomlinson, Fortune Feimster, Cristela Alonso and Tom Papa. He now lives in Raleigh, North Carolina where he works regularly at Goodnights Comedy Club and the Raleigh Improv where he has worked with Harland Williams, Christopher Titus, Annie Lederman and Lara Beitz. He tours the country headlining comedy clubs, college shows and corporate events. Whether he is talking about being raised Mormon by two deaf parents, his time spent as a middle school teacher or his fabulous gay; self audiences are sure to love him.